Lucy studied Music at the University of Oxford, and last year completed her performance MAS at the Schola Cantorum Basiliensis, Switzerland. As well as her work with Fieri, Lucy enjoys singing with other small ensembles, including Alamire, Contrapunctus and the Gabrieli Consort, and also works with choirs including Polyphony and Siglo de Oro. Her recent solo performances have included First Witch in Purcell’s Dido and Aeneas for the New London Consort, Drusilla in Monteverdi’s L’Incoronazione di Poppea for Faded Ink Productions, and Calisto in La Calisto for New Chamber Opera, as well as the soprano solos in Haydn’s Creation and Mozart’s Mass in C minor. Outside of singing, Lucy enjoys spending her time walking and hiking, and more recently bouldering along with some of the other Fieri members. 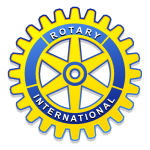